This week’s recipe for Cook the Book Fridays with My Paris Kitchen by David Lebovitz was quiche on page 158.

This dish went together very quickly.  I cannot believe how the flavors blended and just were wonderful.  I added tarragon as David had suggested and really felt it added to the quiche.

You start by prepping the crust in a springform pan.  I have always used a deep pie plate, so this was different for me.  I found the quiche was easier to serve after being in the springform pan.

Then the shallots are sauteed and cooled, adding in the ham and pear.

Next the cream, eggs and cream cheese are whipped up together, and folding in the blue cheese, ham and pear.  The parsley and herb of choice is added and this is all poured into the prepared pie crust.  Use a spoon to be sure the ingredients are evenly distributed as they tend to migrate to the center of the pie. 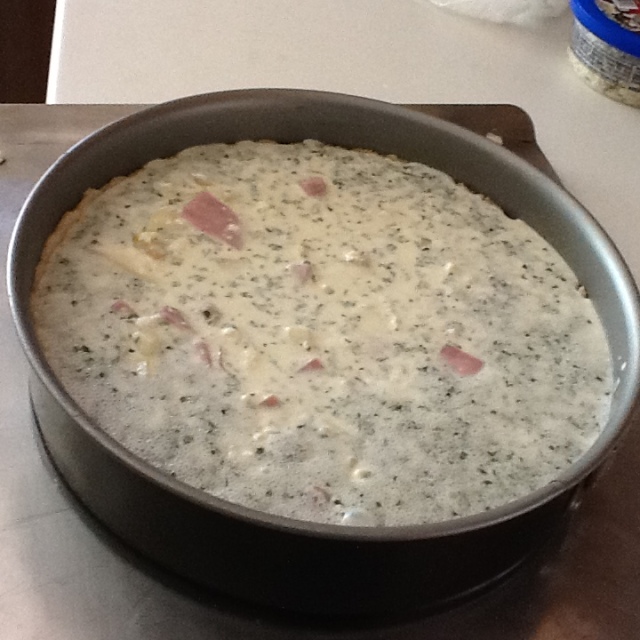 The pie is cooked in the springform pan on a baking sheet.

I wish my pear had been a little riper as it was too firm when the quiche was done.  Also the center of my quiche never settled and firmed up, despite leaving it in the oven for nearly one hour.  ANy longer and it would have been dry on the edges. 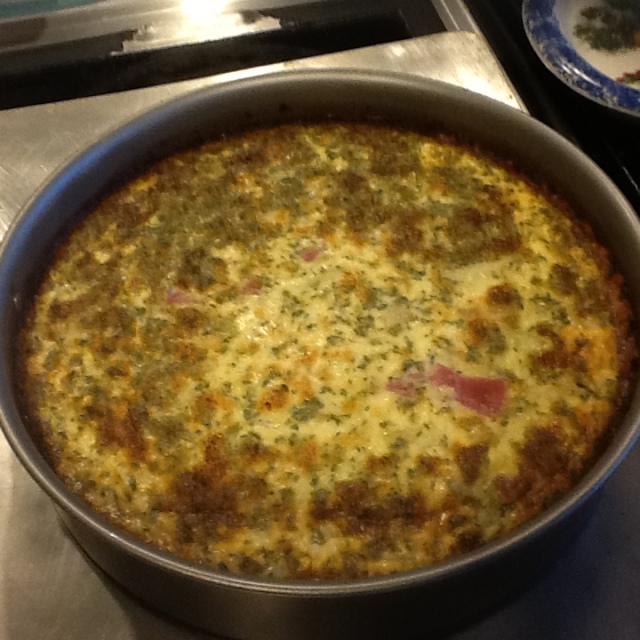 Next time, I may substitute bacon for ham as suggested by David.

This entry was posted in Uncategorized. Bookmark the permalink.

One Wet Foot
A Plateful of Happiness

The Art and Craft of Blogging

The latest news on WordPress.com and the WordPress community.